There is no history of the Sheaim as a people before the Age of Rebirth. As the Age of Ice ended, they were a people from all civilizations gathered toward one purpose: ending creation through the fell magic of Armageddon spells. Most pursue this focus to increase their arcane knowledge, some believe they will receive an eternal reward for destroying creation, while a few just want the world to end.

The Sheaim elite are master summoners able to contact other dimensions. The wizards, sorcerers, warlocks and clerics of this corrupted empire will stop at nothing in their quest for ultimate power over Arcanearth. The holy city of the Ashen Veil lies within Sheaim borders. Far-flung cells of Veil Cultists work ceaselessly to undermine both allied and enemy empires from within.
The bulk of the Sheaim armies are based on two staples: cadres of trans-planar beings summoned from other dimensions, and hordes of undead. The most feared of these is the ‘pyre zombie’, a typical zombie imbued with explosive fire magic. When destroyed, the zombie erupts into a pyre of flame searing everything within 10 paces, including other pyre zombies. Chain reactions of these explosions can wipe out defenders and set the countryside ablaze. For this reason the pyre zombies are usually employed as suicidal shock troops ahead of the main Sheaim army.
Two rulers share power in the Sheaim empire: Tebryn Arbandi and Os-Gabella. Tebryn was a powerful Archmage and Lich cast into hell after the destruction of his phylactery late in the Age of Magic. Ceridwen released him from her endless Vault on the condition that he dedicate his new existence to the destruction of creation. Os-Gabella was the first woman created by the gods, and the intended bride of Nemed, the original Angel of Life who sacrificed his godhood to become the first man in creation. She was created as and remains an immortal, but rebelled against Nemed and the god’s plans for her. Now she is trapped in creation until the end of time. Both Tebryn and Os-Gabella seek to escape their prison by destroying the world. 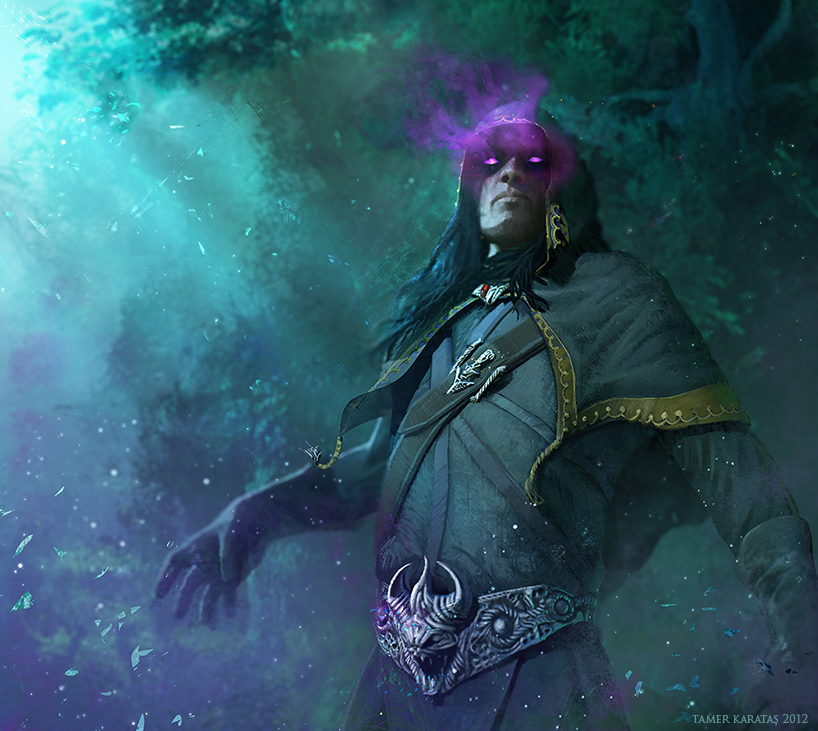 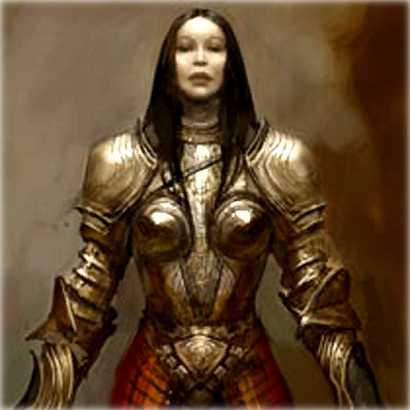 A cacaphony of screams echoed through the black cobblestone streets of Galveholm. There was no way to predict their frequency. Often hours of pregnant silence passed. But when they did occur, it was impossible to deny their tortured anguish. Those of sensitive disposition would shut the sounds out as best they could and whisper a quiet prayer for the victim. The evil spawn of other dimensions that roamed the city, and their brethren from the mortal realm, were attracted to these symphonies of torture like flies to rotting meat.

Gaulos awoke in a grey wasteland of swirling ash. His skin was burnt and blistered, his boyish hair gone. Every movement was torture. He knew he was dead. It was an uncomfortable afterlife, but bearable. Then Gaulos saw the spirits of the murdered girls coming for him. 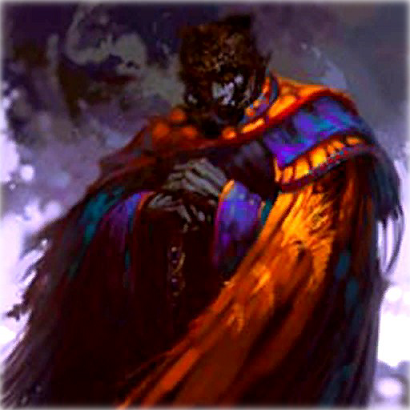 I had forgotten how beautiful creation was, or rather I had paid little attention. The island I walked across was green and lush. The only animals were brightly colored birds that cried and fluttered away in annoyance as I passed.
A wide lagoon of midnight blue occupied the center of the ring-shaped island. Large and deep enough to float a dozen galleons. The bedrock of the island appeared to be weathered granite, but I knew it was far stronger than simple granite: this was the first foundation of creation. This was the Well of Souls.
I began walking around the well. Every few feet I stopped to trace a rune on the bedrock. Though it seemed a minor effect, and I was more powerful than I had ever been in life, it took all of my willpower to mar the rock. Between runes I rested and reviewed Ceridwen’s commands, making sure each step was executed exactly as she described.
By the time I had walked the entire circumference of the well it was late into the night. I stood at the last rock ready to trace the final rune. But before that I drew silver letters on a black cloth, then placed the cloth over my eyes. Through it I saw the spirit world. Even now spirits of the dead floated over the island and disappeared into the well, passing from this world to the world beyond. I completed the final rune. In a screeching that brought back painful memories of the Vault of Camulos, the ring of rock began to move together. The well began to close.
Confused spirits rushed toward the well, sensing their afterlife being stolen. I heard the sound of mighty wings beating the ether. A cold wind blasted out of the well. I saw a blazing figure flying up toward me from the well’s depths. It was a woman with a cloth over her eyes, much as mine, and ragged bands of fabric twined around her arms and body to form a tattered dress. She had dark wings and pale ivory skin, like moonlight filtered through a canopy of branches. This was Gyra, Guardian of the Well.
But Gyra was not fast enough. I reached out and pulled all of the surrounding spirits towards me, funneling them into the final rune that was being sketched over the surface of the closing rock. A barrier held fast, a great mirror that would send back those who tried to pass, a transformation that would bind these spirits into unholy forms.
The spirits powered the rune. They were trapped within it. They howled and fought the rune, but they could not escape.
To test the spell I walked to a nearby apple tree, its fruit untouched since the birds didn’t come this close. This early in the year there were only tiny green apples hanging from its branches.
I traced a rune of withering on its trunk and the tree immediately shriveled and died. The tiny apples fell as the branches thinned and weakened. For a moment nothing happened. Then the tree filled out again. Not to its original height, as it remained dark and warped by the spell, but it was not completely dead. Black blossoms appeared, quickly swelling into deep brownish red fruits that pulsed slowly.
The mission commanded by Ceridwen had begun: to bring Armageddon upon creation. Failure means a return to the eternal prison of hell. Success means a place of power and honor in the new creation of Agares, Ceridwen, Camulos, Mammon and Mulcarn. Even if it means destroying the world, I will never again suffer hell’s torments.

Only four days. Four days without sleep. Four days of constant battle. I would have laid down and died for the chance to just rest for a few minutes, but there was no rest here. Every dead soldier was raised as a new recruit in the undead hordes of our enemy. Within minutes of a corpse hitting the cursed ground their arms were twitching again with unholy life. Then they would rise and we, who had fought and bled beside them as brothers, would be forced to kill them again.
We had come through the Aduro Straight, where angels and demons battled across the sky in blazing aerial combat. We had thought the worst was past when we made it through to the calm Meditor Sea. Our fleet of white sails and cheering men, an army of many nations, landed as one on the far shores. Was that really only four short days ago? How soon I would wish for those restful days of voyage, fond memories compared to this land.
The paladins are our inspiration. They fight tirelessly, never questioning, fighting for every inch of ground as if it was any different than the cracked earth we just came from. Even now Vaghan stands surrounded, his armor gleaming even on this moonless night. The power of the Empyrean flows through him.
An ash-bearer cultist comes at me, using his sword to thrust rather than slash. If he was to dismember me, I would be weaker when raised as an undead. I parry the clumsy attack, but he sacrifices himself to push me back. I stumble into Vaghan and realize this was the ash bearer’s real intent, to use me as a distraction, to make him vulnerable if only for a second.
I fall out of the way, trying to keep from interfering with Vaghan’s fight even if I am sacrificed in doing so. Another ash bearer comes quickly upon me, but is stopped when Vaghan steps over me and cuts her down. I have a brief glimpse of those Vaghan was dueling: a wraith of shimmering darkness and a zombie juggernaught cobbled together from a dozen sewn corpses. Vaghan is crushed to the ground. The paladin raises up one hand. There is a flash and a ring of blinding light explodes outward. The wraith is destroyed. The juggernaught reels backwards to be hacked apart by our men.
Vaghan grabs me and pulls me to my feet, “Do not despair, hope yet remains.”
Without warning Vaghan is snatched up into the darkness. Only a brief blast of wind indicates that anything passed through the night, until it turns back towards the army. A gigantic dragon of sleek black scales is silhouetted briefly against the sky, darker even than the night, like a hole in sackcloth. The dragon spits out Vaghan’s remains. Then he roars. I find myself suddenly nostalgic for the days of constant battle.

by: Omegabase
See All Pages