Notes on the ‘Battleaxe of Reach’: This adamanantine-and-gold axe was created by the Luchuirp/gnome smith “Gyr-uth’Kaliz”. The battleaxe bears a dedication written in Khazad runes: “Kanlore of Underhome” / “May his just rule see the defeat of Mulcarn” / “King Arz-na’Graoin of the Luchuirp”. Later the Rune Heroes discover the long-dead gnome smith Gyr-uth’Kaliz is an ancestor of King Gyr. Apparently this axe was intended to be gift from the Luchuirp gnomes to Kanlore, high king of the Khazad dwarves in the Age of Ice, but never made the journey and was lost until the Rune Heroes recovered it from the icy lair of ‘Frostbite’ in the winter of 390AR. The Rune Hero Mavriy carried the battleaxe for years until she gifted it to fellow Rune Hero Captain Dorn in the fall of 399AR (having gained the dwarven Axe of Thunderbolts, “Skalagrym”).

Dorn grew up on the oceans around the Lanun sea-rover archipelago. By 35 years of age he was 1st officer on the Wyvern, a 40’ single-masted schooner, formerly engaged in river-pirating and slaving along the mainland coast of the Lavrentine Gulf. Five years later Dorn killed the captain in a duel and took command. He took his crew south to engage in the more savory if less profitable pearl trade around Innsmouth.

Some years later the Wyvern was driven south by a storm after venturing too far in search of new pearl fields. Dorn and his 1st officer Pavel were the only survivors, washing up on the shore of the Isle of Lost Souls a week later. Dorn soon assembled a group of other survivors to wait out the season until a rescue ship might arrive, but in truth few ever escaped the cursed island. Fortunately the Rune Heroes arrived and with Dorn’s help were able to recover and repair a beached frigate.

Pavel was turned into a blood-sucking undead by the ancient vampire Tloques-Popolocas, accidentally freed by the Rune Heroes while escaping from a tomb on the Isle of Lost Souls. Dorn became ship’s captain to the Rune Heroes in subsequent years, but still rues Pavel’s fate and hopes to one day lay his friend’s soul to rest. 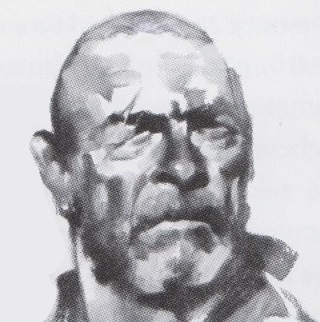